A downloadable game for Windows and Linux

fdphysics is a 2d shooting showdown where you and an opponent shoot each other in a map with 20 different guns to see who is the winner in 3 different game modes. You can change phyisics easily to make a match different every time you play. Here are some of the features of fdphysics:

Play with 3 minimodes: Capture the Flag, hold the flag for more points, Destroy the Base, destroy your opponents base and Lights Out, only an aura around both players can be seen, everything else is dark.

Change the physics of the game to play how you want to! Change movement speed, bullet speed, gravity or much more. Make the game more fun, give yourself a challenge, or make the game unplayable, it's all there.

Charge your special attack to get an upgrade to your gun for 10 second. Whether it is 3x reload or 3x bullets, it'll be sure to give you an edge.

Play on 10 different maps to test your skills! From classics like "Might Be a Castle" to new ones like "Not Sure if this is a Boat", you will have fun on every stage. But beware, seagulls might try and kill you on some stages! On each map, there are 4 guns, 20 guns in total. From the tried and true Machine Gun or to the nominee of "Why did they make this?" the Killer Seagull gun, you will find the gun that you will like, and use it.

Play the Daily Challenge everyday to get extra xp! The profile button keeps track of the number of matches played and your xp. More xp mean higher level. Higher level means you have more bragging rights.

Play on 15 generic maps, with the style of the original map. Playable on any mode, you can choose a random generic map to have even more options and fun.

Play with all the gamepads that have a dpad, 2 trigger buttons, 2 joysticks and 4 face buttons. All gamepads that Windows 10 supports natively will work. Fdphysics automatically maps the controllers to each player, so no need to restart your computer when you have a controller on a different player other than 1.

Not convinced? There is a demo so you can play the game with the hard AI on the original map to test out the game.

If you want to contribute to the game by giving ideas, then you can check out the Poly LLC discord server, and also get the game for free if you do have some good ideas! https://discord.gg/rrcJNYv

All these features plus the fact that there will be updates to this game! There are already at least 5 more updates planned in the next 12 months, and some more soon. Here is a list of some of them 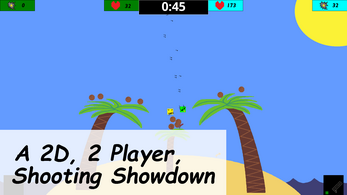 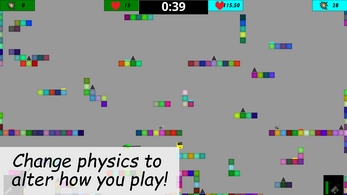 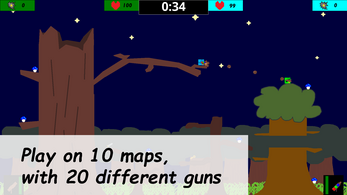 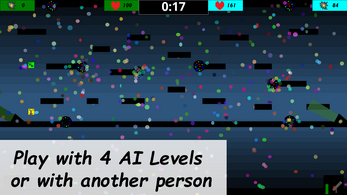 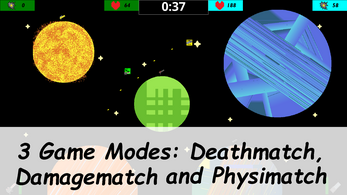